Share
So many visitors to the Lakes Region love the revered Macintosh apple. A child of hybrid science, the Mac was introduced in the 1870's. A mid-season winner, the Mac is easy to love: a sweet soft flesh, and full of juice. But it's mid-October, late in the apple season, and any self respecting Mac is in the middle of a pie or sauce. Now the sun shines on a new crunchy wonder. 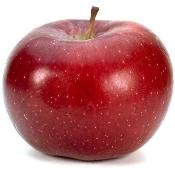 That miracle is the Empire apple. The Empire ripens to a deep purple color. Orchardists refer to the Empire as "snappy". To me, it is the perfect apple: hard, crunchy, and tart. The Empire is the result of a cross between the Mac and the Red Delicious, but is somehow greater than the sum of its parts. The Empire is known for excellent flavor and "keepability," but they never last long in my house. Another grandson of the Mac is the Macoun. Aromatic and juicy, the Macoun has a great taste. The flesh is firm and many consider it a delicacy. The last of the Macouns are gone by now but the Northern Spy and Crispin are both picking in Mid-October. The Crispin is green, tart, and snappy like the Empire. Its skin develops a blush if left on the tree. The Spy is an old-timer that is becoming somewhat rare. It takes six years for the tree to bear fruit, and after that produces only every other year.

Despite the variety, nothing beats fresh fruit right off the tree. Here are two Lakes Region listings that will bear fruit (though the New Hampshire MLS does not specify apple variety).

The family who built this Center Harbor property settled in this area before the Revolutionary War. The 4100 sq ft home and post and beam barn have been restored to many original features. The property includes 17 landscaped acres and a two-hundred-year-old stonewall (the fences that in Frosts poetry, make good neighbors). The property includes fields, apple trees (probably heirloom varieties), peach trees, berries, and an asparagus bed. 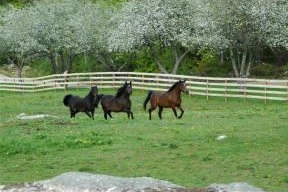 This historic agricultural property in Meredith was called Sherene Orchard! The property includes 75 acres, suitable for all types of agricultural endeavors. The renovated 39'x33' English barn has 2 hay lofts and over-sized stalls (that could easily be divided) & an attached run-in. 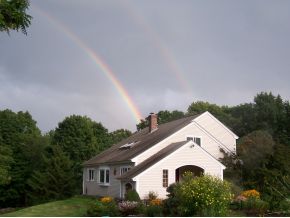 The home here at Sherene Orchard is an Antique Cape with 3 bedrooms and many original features including wide pine floors, tin ceilings, & exposed beams.