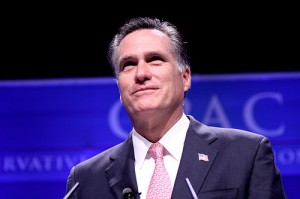 What if Republican Presidential candidate Mitt Romney is successful in his bid to become the next President of the United States. How will that impact on the small summer resort town of Wolfeboro, New Hampshire or for that matter the whole eastern side of Lake Winnipesaukee? It is interesting to contemplate the what if when comparing the impact that the first President Bush has had on his summer home in Kennebunkport. I have seen the Bush compound on Walker Point as well and have talked with some of those living in this seaside area who have said that you eventually get used to the blocked roads, traffic jams, and masses of people all trying to see the former President or his home. It is even more dicey with all the security when the Bushs go anywhere in the Kennebunkport area. The difference for the potential Wolfeboro President is that there is no drive by from which to see Mr. Romneys house. That may be a blessing for him. The only access to see his house is by lake and that will be patrolled 24/7. As with Walker Point in Maine, there is an established line where boats cannot enter and there will be a similar perimeter line drawn outside the potential Presidents waterfront property. It obviously would bring significant pride to be the summer address of an American President. It should eventually bring a fair amount of business to the Wolfbeoro area though in the first year of the first President Bush becoming President tourism and business in Kennybunkport decreased 10%. There will be the significant added cost to the Town of Wolfbeoro and State of New Hampshire for the expected role and needed security. Because Mr. Romneys home isnt easily viewable, there will be less interest in coming to Wolfeboro just to see the President, which hopefully won't add appreciably to the lines of traffic coming in and out of Wolfeboro even now.